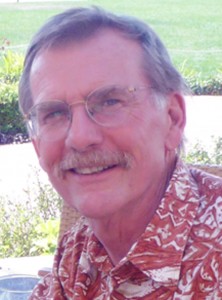 I’ve been a Denver-based freelance writer, magazine editor, and book author for more than 40 years. I’ve started six magazines (city, regional, national), spent 13 years as a freelance travel writer, was editor in chief of five inflights, and was director of communications at AAA Colorado for five years. I wrote Stapleton International Airport: The First Fifty Years (Pruett Publishing, 1982), which was the first history of a major U.S. airport, and co-authored Facing Your Fifties: Every Man’s Reference to Mid-life Health (M. Evans & Co., 2002), which Publishers Weekly included in its best books of 2002.

How I Got Involved in WWI Food Relief
When I was a teenager, I was close to my maternal grandfather, Milton M. Brown. I was fascinated by the time he spent as a delegate in Herbert Hoover’s WWI Commission for Relief in Belgium (CRB). He was one of only 185 American CRB “delegates” who worked for the CRB in German occupied Belgium. My grandmother, Erica Bunge Brown, had been a 22-year-old Belgian woman in 1914 and had started a dairy farm to provide milk to the children of Antwerp. After my grandparents died, I inherited all their diaries, correspondence, and photographs from that period (1914-1918).

From 1986 through 1989 I worked full time researching the time period, WWI, the CRB, and numerous CRB delegates. From those efforts, I wrote an 850-page historical novel, Honor Bound. I had a few nibbles—agents and publishers who asked for the entire manuscript—but no one offered a contract.

In 2009, I was diagnosed with Stage 4 throat cancer and began a year I’d prefer to forget. By December 2013, I was ready for a big project and I committed to working full time on reconnecting with my research, expanding my scope, and writing a nonfiction book that would be about the men and women of Belgium and the CRB.

Because of what I found in my research, the original idea of one book was transformed. I realized that the incredibly complex, confusing, and chaotic founding of the CRB and its Belgian counterpart, the Comite National de Secours et d’Alimentation (CN), demanded its own book.

From that decision, Behind the Lines: WWI’s little-known story of German occupation, Belgian resistance, and the band of Yanks who helped save millions from starvation. 1914., was published in October 2014 and covers the start of the war in August 1914 through December 1914.

I’m proud to report that Behind the Lines has received national recognitions and reviews, most notably a Kirkus Starred Review (only about 760 out of 10,000 books annually reviewed by Kirkus are given a Starred Review), and inclusion in Kirkus Reviews’ Best Books of 2014. The Kirkus Starred Review ended by stating: “An excellent history that should catapult Miller to the top tier of popular historians.” (I’m still waiting for the catapult!) To see all the reviews and recognitions, click here.

With the beginning of the relief work thoroughly covered in Behind the Lines, I turned my attention to writing a book that would tell the riveting full story of Belgium, the CRB, and the CN in one complete volume. It would cover from August 1914 through May 1917 when the last American delegates left Belgium because of America’s April entry into the war. An extensive epilogue would wrap up all major stories and people through the end of the war and beyond.

After three years of research and writing, I’ve written the narrative nonfiction book, WWI Crusaders: A band of Yanks in German-occupied Belgium help save milions from starvation as civilians resist the harsh German rule. August 1914 to May 1917. The official publication date is November 11, 2018, to commemorate the 100th anniversary of the end of World War I (pre-orders available starting in September).

For those who notice little things, the reason I use my full name, Jeffrey B. Miller, on both books is because there are a surprising number of Jeff Millers who are authors, and one who even writes history.